Loganlea is an urban, residential suburb of Logan City, Queensland, Australia. In the 2011 Australian Census the suburb recorded a population of 7,321. The eastern boundary of Loganlea is marked by a winding section of the Logan River. The north of the suburb is aligned with the Beenleigh railway line. The western boundary follows part of both Scrubby Creek and Kingston Road. The Logan Motorway crosses the northern tip of Loganlea where access is provided via Kingston Road.

Housing in the suburb is mix of aged care facilities, newer high density housing, average sized blocks with detached houses and houses on established, larger blocks. Like many central Logan suburbs Loganlea is experiencing significant population growth. Between 2006 and 2011 the population grew by 16.6%.

At the 2011 Australian Census the suburb had a population rate for Aboriginal and Torres Strait Islander people of 5.8%, more than double the national average of 2.5%.[7] A greater proportion of families are composed of one parent at 28.1%, almost double the national rate of 15.9%.[7] A clear majority of dwellings in Loganlea are detached or separated houses.[7]

Part of the suburb was contained with a planning area in an October 2011 local government report. High density housing surrounding Logan railway station will be permitted though development applications up to six stories in height.

The station is one two stops in the Logan City area serviced by the Gold Coast railway line. These partial express service trains arrive in the city in around 30 minutes in the off peak period. Logan Bus Service operates a number of services, including late at night, through more than a dozen bus stops throughout the suburb. They also operate a bus depot in Jutland Street.

The Slacks Creek Cycle Way passes adjacent to Loganlea Road across the suburb. The East West route cycleway to Kingston and Marsden winds around Scrubby Creek close to the suburb's northern boundary. 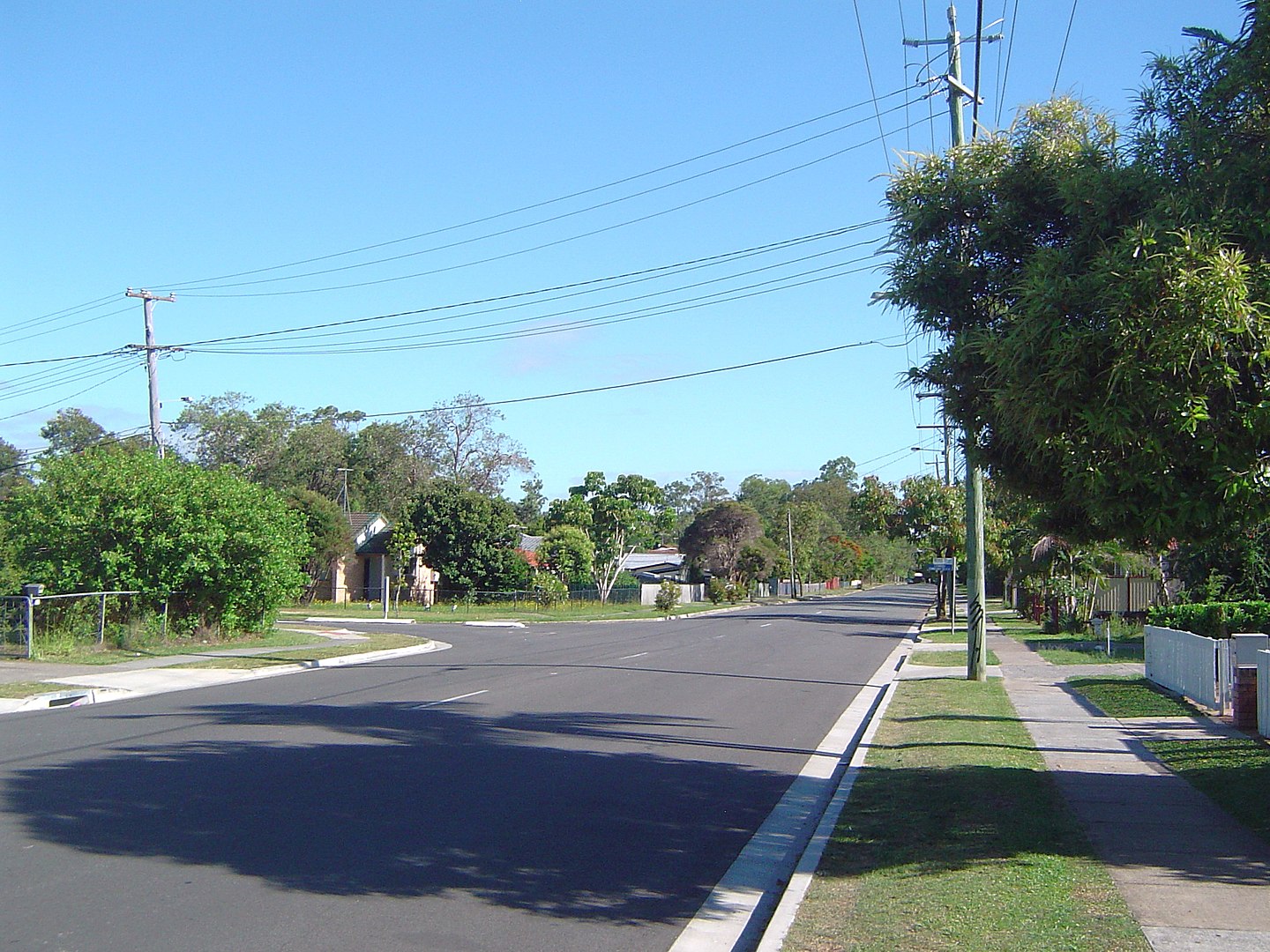