In today’s fast-paced world, the strong thrives. Surviving the hustle and bustle while producing the best results is a challenge that everyday, unassuming people triumph in. That’s where our team defines the term “superhero” to a whole new level. No need for bulky armour or sharp swords, because we win with our wits. Our tactical skills. Our synergy. Our compassion in service. All that while balancing life and play. It just gets better everyday. 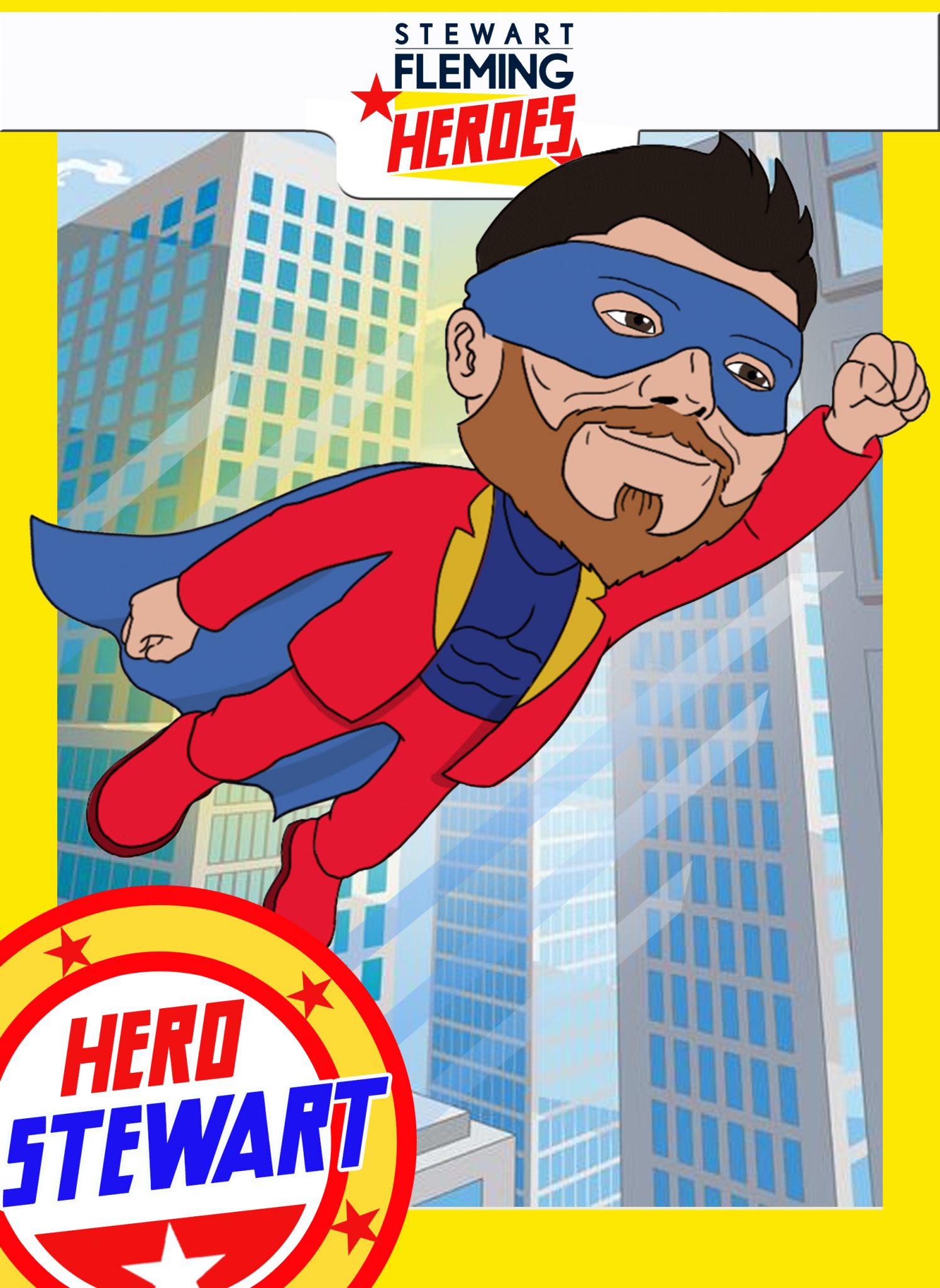 Here comes Stewart Fleming, and he is his own superpower.In every pack, there is someone who takes the lead. Someone shaped by life’s ups and downs. Someone who has led an enthralling, adventure-filled life. Stewart saw the vision and is now working it out to bring it to reality. A goal-driven compassionate leader with zeal for making the community efficient, with meaningful moves, one step at a time.

A teacher, a friend, a listener, a family man, a responsible citizen. A role model.

When you are sure of yourself, and you know who you are, no one can take that away from you. That’s what keeps Stewart pumped. It’s a power - and it is his weapon: helping other people achieve inner peace while being as productive as they want to be! It all started when he was a young one, he wished to avoid sleeping because he thought he could learn more things when he did!

Stewart is a certified Professional Certified Coach with International Coaching Federation and has created a broad scope of businesses, ranging from IT, travel, accounting, arts, production, publishing, to retail. Starting his first business at the age of 30, he successfully managed to grow on his own two feet. Such an amazing feat for a superhero.

On duty-filled superhero shifts, he is usually busy coaching people how to achieve better goals in every aspect of their lives, while juggling work advising in his four other businesses and also oversees the other two nonprofit businesses. Stewart never forgets his family duties too, being a great father and inspiration to his incredible son, Jack, who at 10, already has been around the world 3 times.

Along with the Hall of Heroes, his team of colleagues, they reinvent the word superhero: modern-day individuals who give their best to shape up a better world.

Move over, Superman. Give way, Thor!

Even the toughest of superheroes need a trusty sidekick to keep them on their feet! When we speak of superheroes, the first thing that comes to mind is having a superpower that makes them unique and powerful.

Chonette is no Avenger or a DC member, but thanks to her efficient skills in monitoring the workflow and making sure that everything is going smoothly for the business, she puts any Avenger to shame, thanks to her eagle eye vision. She once dreamt of having a career in the field of media and ads, but her excellent skills in communication, diligence, and sharp eyes lead her into the colourful, promising world of being an executive virtual assistant. Whenever there’s an opportunity to learn about new things, Chonette is always up for it.

Chonette doesn’t need weapons like swords or shapeshifting, because her power comes from within: her dedication to her craft seals the deal. Even if she gets a lot on her plate, she is committed to achieving the success of the task, because it keeps her going.

There is a saying that goes “when the going gets tough, the tough gets going.” She is the perfect answer to that quote: juggling work, while being a full-time loving mom to her 3 lovely kids - a 24/7 job, but Chonette is one tough cookie, she never backs down.

And that’s what makes her the extraordinary "The Finisher", she makes things happen. Not all superheroes use shooters, cannons, or lightsabers in winning their challenges. Mr Dynamo Myk is triumphant - with Adobe Photoshop, Adobe Illustrator, and Adobe InDesign in his weaponry, these awesome tools beat those weapons by a mile.

Before becoming an architect, Myk dreamed of creating music videos. His talent in the aspect of visual arts paved him with a lot of great opportunities. He first landed a job in the apparel industry and worked as a designer. He was also given tasks related to architecture in his previous companies like interior fit-out full and the likes. Being the superhero he is, he used that to his advantage, then it contributed to his creativity booming, helping him grow.

Michael’s a modern-day superhero: a full-time dad and a creative graphic designer on the side! While not busy designing awesome informative and intricate visual pieces, super dad Michael spends his downtime playing video games on his PS4 with his son, and watching tv series like The Walking Dead and Game of Thrones,  which became an opportunity for them to get closer.

What keeps him going is seeing good results paying off from the tasks entrusted to him, and optimistic colleagues help in the process. After all, superheroes need cool colleagues who share the same vision in creating the world a better, more colourful space.

Superheroes don’t earn their badges in a snap. Some immediately know their superpowers from the beginning, while others fully discover them while undergoing training. It could be challenging to spot superheroes, but one thing is common about them: potential.

From initially wanting to study archaeology, his interest slowly drifted to another opportunity, in technology. Coding and design caught his eyes, as someone who grew up around computers and playing games, it gave him a familiar feeling. But when you know, you just know! George later realized that his true calling is in the field of psychology and coaching. The elements of life and its systems keep him pumped... and that’s when he knew.  He’s currently a 3rd-year Psychological Science major at the University of Queensland.

Training sharpens a superhero’s abilities. Always ready to lend a hand while learning the ropes, Ablaze Apprentice George is now working hard to obtain his badge to be the best he could be, picking up new learnings as his top priority. He gets to observe the veterans in action from behind the scenes, and soon enough, he will obtain his own superhero plaque.

While off duty from his superhero training days, George, a travel bug, spends a lot of time traveling. He says that he feels at home at airports more than anything! People visiting him at home are astounded with the impressive number of his pets, including lots of guinea pigs, which he fondly calls his “sons”. A zookeeper, they say.

A global jetsetter with a heart for animals, added with a dash of incredible tech knowledge (George is a champ in the field of professional esports competition in Australia!) and an athlete (snorkeling, snowboarding and basketball are only a few on his list!) accompanied by tremendous support from his family, his partner and the rest of his crew on the side - George is acing his superhero training and he’s got what it takes to make it to the finish line! 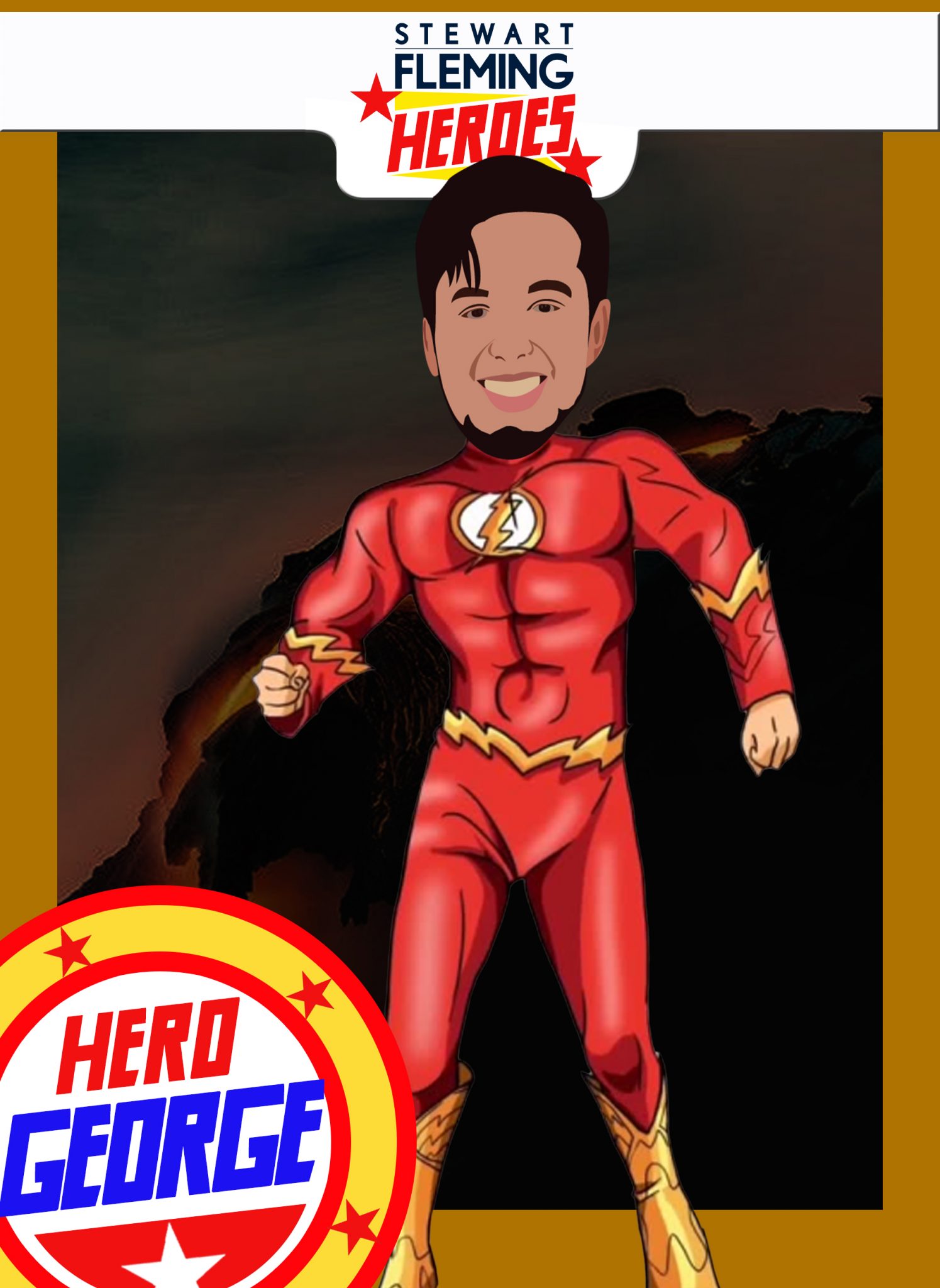