Kingston is a suburb of Logan City, Queensland, Australia. Kingston is a predominantly residential suburb, with a low mix of industrial, commercial and retail areas. At the 2016 Australian Census, the suburb recorded a population of 10,539. The suburb is bounded in the south by Scrubby Creek, a tributary of the Logan River. It is the home of the Kingston Butter Factory. Kingston was also the site of an environmental disaster similar to Love Canal in Niagara Falls in the United States.

Like a number of other Logan City suburbs Kingston was once part of the Shire of Tingalpa. Dairying grew in importance in the area from the 1890s and in 1906 a meeting was held in Beenleigh to form a co-operative butter factory locally. The Southern Queensland Co-operative Dairy Company opened its factory in Kingston in June 1907. A piggery was established nearby in 1926 and pigs were fed on the buttermilk from the factory. The Kingston Butter Factory was enlarged in 1932 and operated successfully until after the war, when the dairying industry was being rationalised by the government. Peters bought the factory in 1958 and it ceased production in 1983. It now operates as a community arts centre and houses a theatre, arts and crafts stall and museum. The Kingston Butter Factory is on the Logan City Council Local Heritage Register for its historical, social and technological significance.

Kingston railway station provides access to regular Queensland Rail City network services to Brisbane and Beenleigh. The Logan Motorway passes through the south of Kingston but has no entrance or exit points to the suburb.

The other major industrial activity of the area was the Kingston gold mine at Mount Taylor. Although gold was discovered in 1885, a geological survey was not undertaken until 1913 and underground mining began. In 1932, the Kingston Gold Mining Company began an open cut operation and mining continued until 1954. The area became an unofficial waste dump. It was eventually backfilled and subdivided into a housing estate in the late 1960s.

In a tale startlingly similar to the Love Canal Disaster, the Kingston toxic waste story began in 1931 when cyanide and other toxins such as acid waste used in the Mount Taylor gold refining process were disposed of around the mine site. When the mine closed in 1954, the Albert Shire Council started to allow used recycled oil processing wastes to be dumped into a sludge pit on the site; this practice continued until 1967. From 1968 to 1973 the main open-cut pit was used as a domestic and industrial waste tip. In 1968 the council required the sludge pit to be filled as a condition of the land being divided for a residential subdivision. Workers simply moved the displaced sludge and re-dumped it into the open-cut pit.

In 1982, after the Logan Council took over the area, it discovered high levels of acid in the soil.

In September 1986 residents, in the Diamond street area of Kingston, started to notice black sludge beginning to ooze from the ground and seep into their gardens and began to complain of health problems to the Logan Council. By April 1987 the council was warning people to avoid the sludge. Surrounding soils and ground-water were also found to be contaminated.

In May 1987, frustrated with the council inaction, the residents of Kingston formed an organisation called RATS (Residents Against Toxic Substances). Because of increased leukaemia and other diseases in Kingston, they condemned the council and demanded action. Kingston residents could not afford a costly civil action so they went to the media and began a self-funded civic action.

It took four years of fighting the council and local governments for the residents of Kingston to be vindicated when the Minister for Emergency Services, Terry Mackenroth, ordered a review of all scientific and medical evidence, offered full health tests for residents and announced the Wayne Goss government would rehabilitate the site and pay for families to be moved away.

Eventually the state government resumed 46 properties and rehabilitated the area completing 1991, which is known as Kingston Park. (p4)[9] The people of Kingston were moved on, Mount Taylor was sealed and landscaped, but no compensation came for residents reported illnesses and deaths (Some place the figure at six deaths due to leukemia).[10] The final medical report found no evidence of "a major toxic hazard" in Kingston but recognised the "stress on a number of residents because of the uncertainty". Kingston residents finally could not prove that dumped toxic chemicals caused leukaemia or any other disease.

The total cost of this operation to date, including relocating infrastructure, the engineering required to seal the site and ongoing monitoring, is approximately $8 million. (pg6)[11]

Although the Mount Taylor site was capped, sealed and vented in 1991, no toxic waste was removed. Some former residents believe there is still a toxic hazard risk in the future as a result.

Kingston has a number of heritage-listed sites, including: 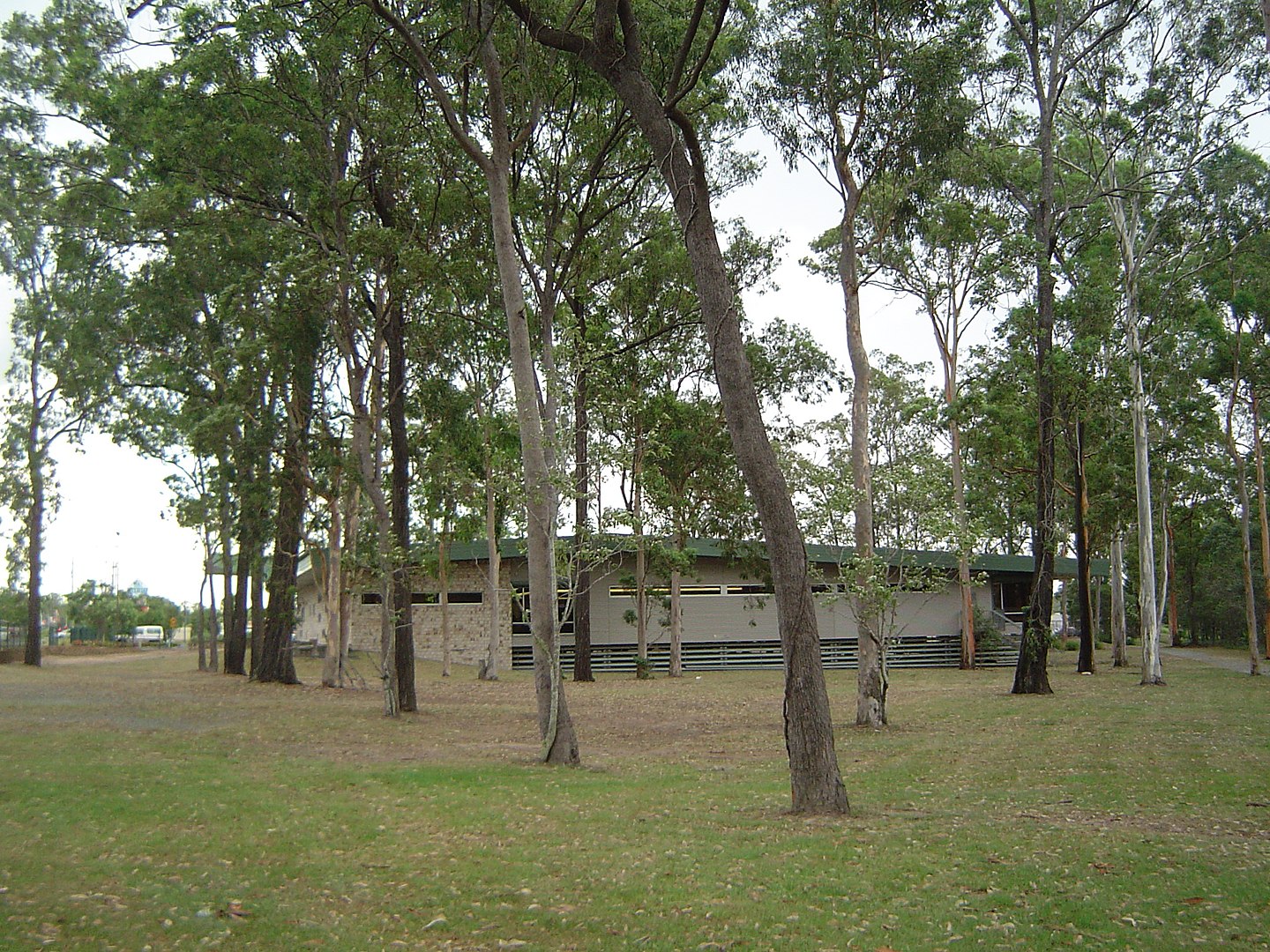