Greenbank is a rural-residential suburb within Logan City in Queensland, Australia.

Once divided between the Shire of Beaudesert and Logan City, the Queensland Government's council amalgamations resulted in Greenbank becoming entirely within Logan City, since 15 March 2008. The size of Greenbank is approximately 49 km². It has 7 parks covering nearly 18% of the total area.

The suburb is surrounded by farmland and includes the forested Greenbank Military Range, which is on the Commonwealth Heritage List. A strip of parkland and a watercourse originally named The Platypus Pools and Bracken Way is a natural habitat for a number of species of flora and fauna including platypus, the rare black cockatoo, kookaburra, the blue wren, kingfisher, honeyeaters, owls, kangaroos, wallabies, koalas, possums, bearded dragons, legless lizards and water monitors up to 2.5 metres in length. Many more species have been sighted living in this natural habitat. The watercourse and natural forest are fed by torrential rains and natural springs dotted throughout the Spring Mountain area, continuing through to Greenbank, Browns Plains and finishing at Karrawatha National Park. Snakes, mostly consisting of python, whip snakes and red-bellied black snakes, and to a much lesser degree brown snakes. Bird-eating spiders, huntsman spiders, redback spiders and the orb-weaver spider also share the watercourse and forest area.

The parkland stretches along on either side of the watercourse and a variety of walking tracks of different fitness levels are used by residents for casual strolls, nature lovers and athletic enthusiasts, horse and bike riding. The tracks extend out into estates of Greenbank; such as Blue Grass, New Beith, Lyons and Teviot Downs Estates which cover more forested areas, while Spring Mountain Estate contains the natural forest areas and watercourse. The walking track connects with neighbouring Boronia Heights.

The early name of the district was Teviot but derives its present name Greenbank from the name of a cattle property belonging to William Slack.

Greenbank was first settled by Europeans in the 1840s. In the 1880s the main industries were dairying, farming and timber cutting. Cobb & Co had a changing station for their coaches at a hotel on the corner of Teviot Road and Pub Lane; from there, they would travel to Beaudesert via the Old Paradise Road between Acacia Ridge and Jimboomba. When the coach service ceased in 1924, the hotel licence lapsed.

Greenbank Provision School was built by volunteer labour and opened on 23 January 1893 with 12 pupils under teacher Mary Mulroney who received an annual salary of £50.It became Greenbank State School in 1909. It closed between 1943 and 1950 due to low student numbers.

Mostly consisting of acreage blocks close to Springfield, Queensland, households in Greenbank are primarily couples with children and are likely to be repaying between $800.00 – $1500.00 per month on mortgage repayments. In general, people in Greenbank work in a trades position occupation, through to management positions and owner operated businesses. In 1996, 84% of the homes in Greenbank were owner-occupied compared with 86% in 2001. In May 2014, the median sale price of houses in the area in Australian dollars was $395,000. As of June 2017, the median sale price of houses had risen to $560,000

The Greenbank Community Centre and Library, operated since March 2008 by the Logan City Council, is located at 145-167 Teviot Road

Greenbank State School, a government co-educational primary school, is located at 24-36 Goodna Road. In 2013, the school had an enrolment of 1117 students with 72 teachers.

The Greenbank Recreation Reserve is home to the Greenbank Sports & Recreation Club and the Greenbank Raiders Rugby League Club. Situated on Middle Rd the rugby club caters for teams from under 6 to under 18 in 2009. Three teams won premierships in 2009. Under 15 division 4, Under 18 division 1 and the very successful under 16 division 2 which completed the year undefeated. They were minor premiers and won the grand final.

Greenbank is also home to the successful Greenbank Football Club. In 2011, the team made history by winning three senior Premierships and two Championships in three divisions. Greenbank FC is affiliated with Football Brisbane and provides an avenue for both junior and senior players. In 2011, Greenbank FC fielded teams from squirts up to under 14 age groups and both men and women teams. 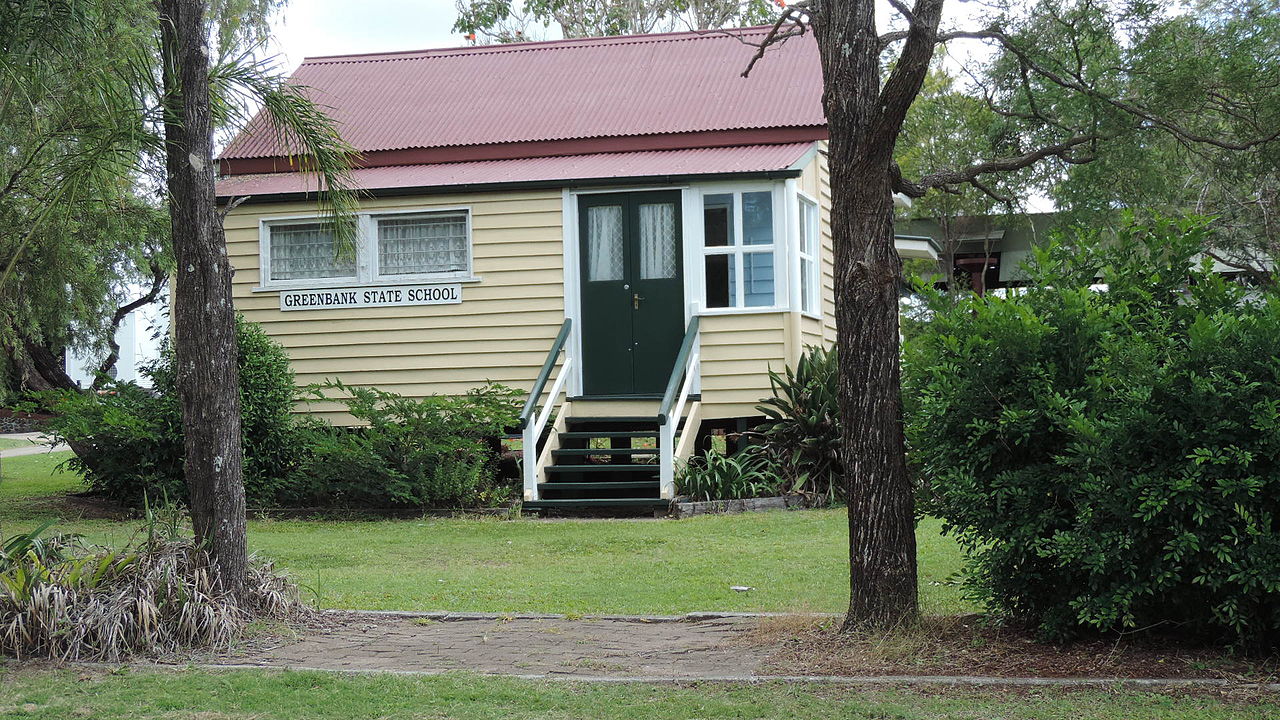