The Dennis family were first Europeans to settle at Daisy Hill. James Dennis immigrated in 1864 on the ship Flying Cloud. In 1867, he married Mary Ann Markwell. Around 1870 they began selecting land in the now Daisy Hill area, eventually acquiring over 320 hectares (800 acres). They named the property Daisy Hill, supposedly because their daughters saw daisies growing on the hill.

Other early pioneers were the Usher family, who grew grapes and made and sold wine. Daisy Hill was once part of the Shire of Tingalpa.

Daisy Hill has a number of heritage-listed sites, including:

The Daisy Hill State Forest was declared a timber reserve in 1874. In 1917 it was declared a State Forest and in 1986 a State Forest Park. The forest was used for timber gathering, honey making, gold mining and grazing. In 2006, it was gazetted as Daisy Hill Conservation Park to be used for habitat conservation and recreation; it contains the Daisy Hill Koala Centre. In June 2017, the Queensland State Government allocated Daisy Hill Koala Centre $3.3 million to upgrade the premises, in the lead up to the 2018 Gold Coast Commonwealth Games. The park is considered to be one of the best mountain bike riding areas in Australia. A Reserve for Rifle Range was gazetted in 1901 from part of the west side of the original timber reserve. It was proposed for use by the Forest Rangers Rifle Club of Slacks Creek with a recommendation from the Queensland Defence Force. Initially the range consisted of 10 ha (25 acres), 1,010 by 100 metres (1,100 by 110 yards), with the line of fire terminated by a natural rise. The range was re-gazetted as reserve R.799 in 1902 with an increase in area towards and behind the targets for safety, forming a total area of around 50 ha (123 acres). In 1908, the military officer supervising rifle clubs in Queensland reported that the range was not then in use due to destruction of mantlets and targets by bush fire. The land was reinstated as part of the State Forest in 1952. 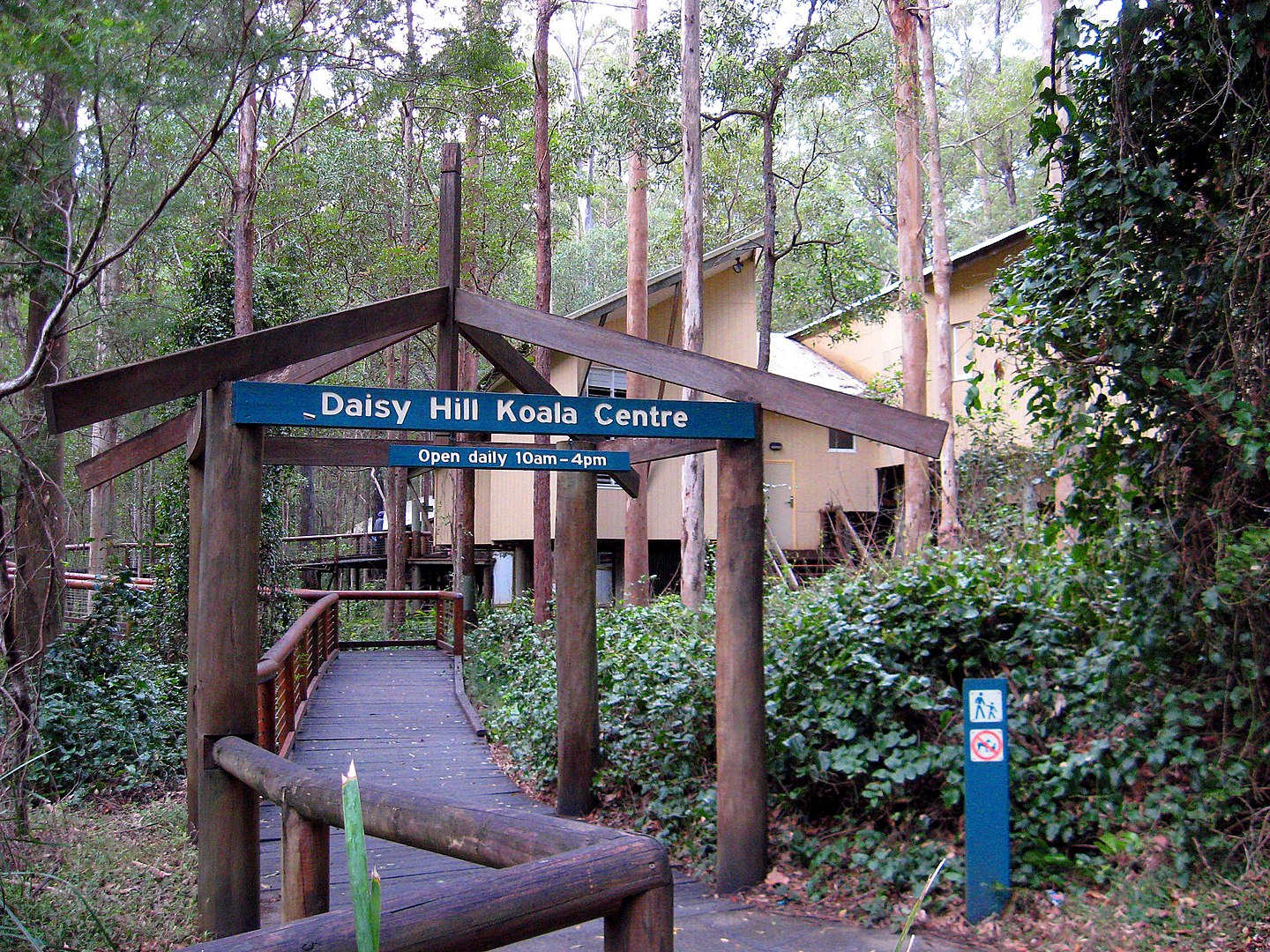